What’s the most crucial bit of equipment beneath the hood? Survey says, “the engine!” We’ll break down an engine and review nearly every one of its elements, typical issues, how they arise and just how they could be fixed and then finally the way you can improve functionality. 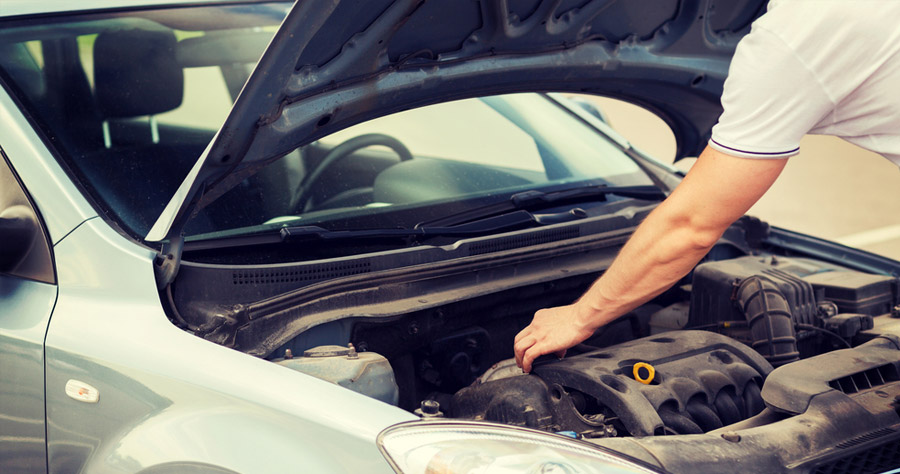 The engine’s key purpose is to transfer gasoline or diesel to energy by a process of internal combustion. Fuel and air enters, is ignited and energy is circulated as an explosion and this is harnessed as energy in a series of actions, or strokes.

We have found a basic but not exhaustive list of common internal combustion engine types. They all have at least four cylinders. The layout for these cylinders determines their name, specific advantages and disadvantages, their value and efficiency.

The 4 stroke is regarded as the typical engine we support at our shop. This type of engine operates by pulling in petrol into a chamber, compressing it, effectively combusting it, then driving it out the exhaust valve.

Stroke One happens in the crankshaft, joined by a rod bearing to the connecting rod which brings the movement down to the intake, and fuel and air moves into the holding chamber (cylindrical tube) from the intake valve.

Stroke Two involves the crankshaft which rotates clockwise, in so doing lifting the piston and compressing the gasoline against the spark plug.

Stroke 3 produces an explosion, forcing the crankshaft back down into an oil sump. In the last stroke, the exhaust valve slides open and exhaust is emitted. The cycle then starts once again–occurring 100s of times each minute!

The internal combustion procedure happens much the same way in diesel powered engines the way it does in 4-strokes, except that the diesel is shot directly into the combustion chamber, bypassing “stroke 2” and also by a task of direct injection the gasoline or diesel enters the combustion chamber. Exchanging the spark plug, the heat created by the compressed air ignites the fuel inside the diesel engine.

Diesel engines really get better mileage than gasoline cars and can easily be adapted to allow for biofuels. Because of the high energy density, diesel fuels tend to be expensive, however.

If you need an installer, Jasper Engines and Transmission is deemed an authority and associated with 1000s of professional technicians and automobile repair facilities across the country. Jasper remanufactured a complete selection of domestic and import diesel engines such as Caterpillar, Cummins, Detroit, GM, International, Isuzu, and Perkins. JASPER remanufactured or exchanges more than 6,500 diesel engines annually for all makes!

Vehicle’s fitted with a rotary engine have long gone the way of the buffalo. Mazda’s Wankel rotary engine RX-8 was the last vehicle with a rotary engine on the market and was discontinued in 2012. As you’ll notice, the triangular-shaped rotor replaces the pistons and seals the combustion process in one area of the chamber. As the rotor air rotates around, there are three volumes of gas created that expand and compress while drawing the combined fuel and air into the engine.

As previously mentioned, the arrangement and number of a vehicle’s cylinders with influence performance. The inline 4 is the most popular arrangement in small to midsize cars that have less room to fit a large engine while still retaining demands for increased power and performance.

The inline 6 or V6, is much longer than it’s little brother and is not well-suited for modern engine compartments. The benefit of a V6, while being larger, is still compact. It’s also less likely to be disturbed by vibrations from the driveshaft.

Cylinders contain the moving pistons mentioned above and almost all modern engines have at least two. How these cylinders are arranged contributes to different advantages and disadvantages, costs and performance, and some arrangements are better for some vehicles than others.

As mentioned in the four-stroke process, the spark plug ignites the air and fuel creating a combustion process that is harnessed as energy and that occurs hundreds of times per minute.

The intake valve opens to allow in air and fuel, and the exhaust to release after combustion. During stroke 3 and 4 (compression and combustion) the chamber is sealed.

The piece of metal that rotates inside the cylinder and the rings which act as a seal on the piston to keep fuel, air and exhaust from entering the oil sump and vice versa. As these seals age the seal is not as tight and the car will burn more oil.

The connecting arm between the crankshaft and piston.

Acting like an arm on a jack-in-the-box, as it turns it moves the piston in a circular motion throughout the combustion process.

Where the oil sits at the bottom, it acts as a lubricant during the process to keep the crankshaft (metal) from meeting the engine block (metal).

During the four-stroke process, the amount of air that is pulled in and expelled as exhaust is measured in liters, and increases in volume as the size of the piston increases. This is also the estimate of the highest amount of power that the engine can produce by liter as horsepower.

One of three issues is likely the root cause of engine trouble: lack of a spark, compression, or a bad fuel mix.

Essentially, either the engine is getting too much of or not enough air or fuel which will result in an incomplete combustion process. This could be caused by running out of gas, a clogged valve, an impurity in the fuel, or some other problem in the fuel system.

If the third stroke does not occur, it is because there is an issue in compression of the air and fuel mixture. This could occur of the piston rings are not properly sealed and the fuel necessary for combustion enters the piston, the valves are not closing during combustion, or there is a hole elsewhere in the cylinder that usually appear between the cylinder and the cylinder head in a gasket the seals the cylinder. A hole here will result in fuel leaking into the cylinder.

This is an electrical issue. If anywhere along the spark plug including the wires that connects it, there is a fault, the plug will result in either a weak spark a late spark or no spark at all.

Serving Ann Arbor and Surrounding Communities Since 1982!
MAKE AN APPOINTMENT